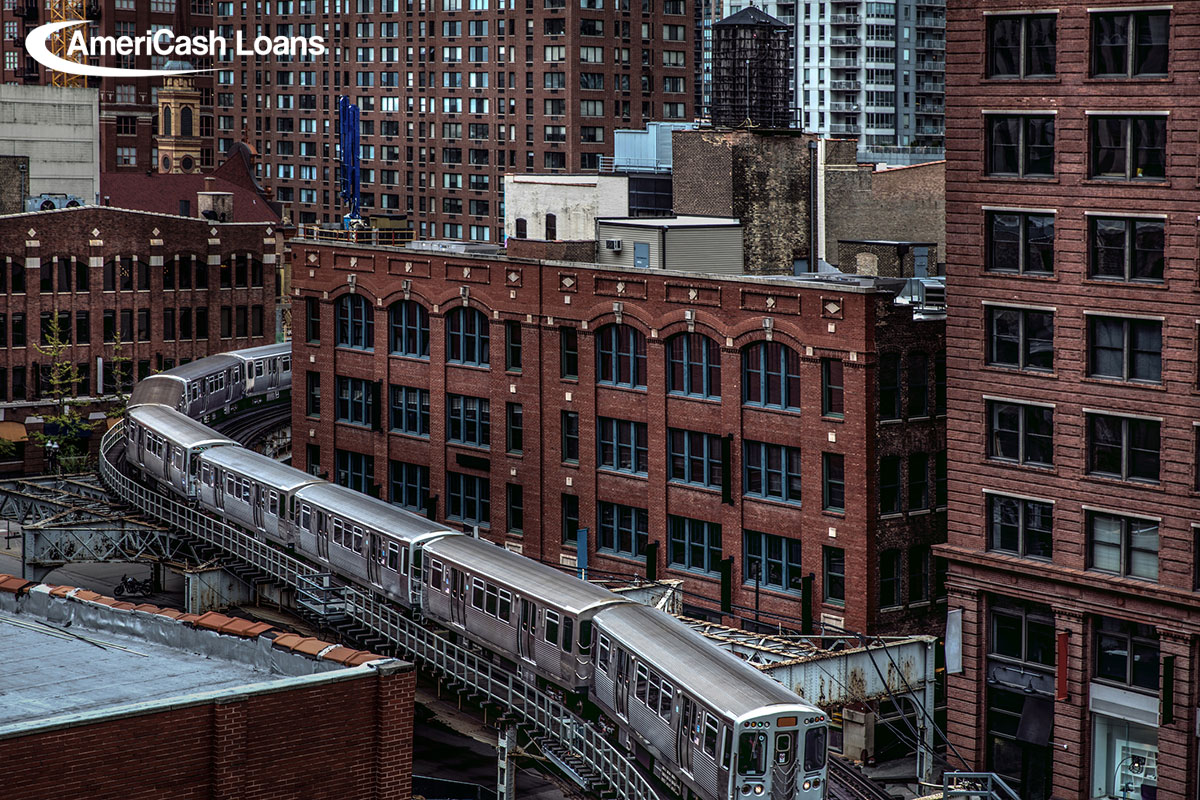 Blog icon 21Mar
As the largest city in the American Midwest and the third-largest city in the United States, Chicago is world-renowned for its architecture, commerce, and history – a colorful story that includes the Great Chicago Fire, Al Capone, and the World’s Columbian Exposition. The Windy City played a part in the lives of many movers and shakers, including Daniel Burnham, Walt Disney, Frank Lloyd Wright, Barack Obama, and countless musicians, politicians, architects, and visionaries.

On any given day, Chicago is buzzing with activity, from its famous buildings (the Hancock Building, Willis Tower [Sears Tower], the Trump Building, the Carbon and Carbide Building, Tribune Tower, the Wrigley Building, etc.) to its sports teams to its burgeoning dining scene. There are tens of thousands of things to do to keep yourself busy, and below you’ll find our top ten free or next to free activities to enjoy on your visit to our home,  Chicago, Illinois.

Take a Self-Guided Walking Tour
When you arrive in Chicago, Illinois, you may be overwhelmed at first by its sheer size and energy. A great, free way to spend a few hours is to take a self-guided walking tour through the streets of the city to get acquainted with Chicago. Chicago has many neighborhoods including the Loop, River North, Wrigleyville, Edgewater, Wicker Park, Pilsen, Humboldt Park, and Garfield Park, each with its own unique appeal and style. Use the El to travel cheaply between neighborhoods (a single ride is only a few dollars), and you’ll get to see some of the sights from the elevated train’s windows. Once you arrive at your Chicago neighborhood of choice, use an app like Chicago Architecture Foundation or Detour to guide you through the notable buildings, parks, and art installations around you. These apps are free to download and use and walking costs nothing.

Take Photos at Cloud Gate
Cloud Gate, or “The Bean” as it’s known locally, is a giant silver sculpture in Millennium Park in the Loop neighborhood of Chicago. The Bean was designed by Indian-born British architect Sir Anish Kapoor to reflect the iconic city skyline around it. Kapoor entered his design for Cloud Gate as part of a competition for designs to be included in the then-new Millennium Park. Made up of 168 steel plates welded together, the Bean was unveiled, although incomplete, in 2004 at the official opening of Millennium Park. It was then completed in 2006. The Bean is a popular place for tourists and photographers alike, who use its signature surface to create images that have come to represent the city of Chicago. Cloud Gate is free to visit, and you may take as many pictures as you’d like.

Explore the Lincoln Park Zoo
Lincoln Park is a popular neighborhood just north of downtown Chicago. It’s an easy El or bus ride from the downtown neighborhoods of the Loop, Gold Coast, or River North, where many of the city’s most famous restaurants are located. The Lincoln Park Zoo takes up 35 acres and contains 1,100 animals from over 200 species. The zoo opened in 1868, making it one of the oldest zoos in North America, and it’s one of the few free zoos left in the United States. The Lincoln Park Zoo is a great place to spend the day with your family while visiting Chicago, and all it will cost you is the price of souvenirs, food, and drinks. You’re welcome to bring your own food into the zoo for a picnic, making this one of the best free destinations in Chicago, Illinois. If you’re visiting Chicago for the holidays, you can’t miss the ZooLights at Lincoln Park Zoo.

Spend the Day at Millennium Park
Spending the day in Millennium Park is another way to see a Chicago landmark with your family for free. The 24.5 acre park on the north end of the larger Grant Park has something for everyone and contains architectural wonders, art exhibits, fountains, and events. However, it wasn’t always that way. Until 20 years ago, the area was an eyesore for the city of Chicago that contained abandoned railroad tracks and parking lots. In 1997, Mayor Richard M. Daley began to imagine the space as a new public space for use by residents of the Windy City. Construction began in 1998, and Millennium Park was opened on July 16, 2004.

It takes an entire day to see everything at Millennium Park. You can start with the famed Pritzker Pavilion, designed by noted architect Frank Gehry, and marvel at the soaring, seemingly-haphazardly assembled sheets of silver steel above the pavilion’s stage. If you check the calendar, you may be able to catch a free Joffrey Ballet or Chicago Symphony performance at Pritzker Pavilion. Off to the side, you’ll find the BP Pedestrian Bridge, also designed by Gehry. Make sure you check out Cloud Gate, the Crown Fountain, and Lurie Gardens while you’re there. Millennium Park is one of Chicago’s best free attractions, and once you’ve worked up an appetite, you’re already in the Loop neighborhood, one of Chicago’s best spots for food.

Every day during its operational season, a 20-minute fountain show begins at the top of each hour, beginning at 9:00 a.m. Starting at dusk, the fountain show is accompanied by colorful lights. Make sure you make the trip over to Buckingham Fountain – a great free activity – on your visit to Chicago.

Take in Navy Pier
One of Chicago’s most iconic attractions is Navy Pier, the only one of five piers built from the Burnham Plan for Chicago, opened in 1916 as Municipal Pier No. 2, a center for business, shipping, and public entertainment. The pier is 292 feet wide and projects 3,040 feet into Lake Michigan. It is the longest public pier in the world. Today, Navy Pier is strictly a cultural and civic center, free to visit and enjoy, though some of its attractions cost to see. For free, take a stroll down the long pier to see Lake Michigan, the river lock, and a great view of the downtown Chicago skyline. You can also visit the Crystal Gardens at no cost. There are plenty of dining and souvenir shopping opportunities on the pier, and, if you feel like spending, you can even take in a show at the Chicago Shakespeare Theater. Riding the iconic Navy Pier Centennial Wheel is worth the $15 ticket, as it carries you 200 feet into the air for spectacular 360-degree views of Chicago and Lake Michigan.

Wonder at Lake Michigan
Visiting Chicago in the warmer months? Make sure you include a beach day in your itinerary. Most of the beaches along the lakefront are free to enjoy, though you can rent chairs and purchase food there if you’d like. To make it a totally free day, bring your own picnic lunch and beach towels to sit on as you wonder at Lake Michigan. If you’re visiting Chicago in the colder months, the lakefront is windy, cold, and can be dangerous. However, from Lakeshore Drive and buildings along the coast, you’ll be able to see the massive chunks of ice that form in the great lake during frigid temperatures. For panoramic views of the lake and Chicago skyline, venture to the top of the Hancock Building. It’s $20.50 to ascend to the 360 Chicago Observation Deck on the 94th floor of the building. You can head up to the Signature Room and Lounge on the 95th floor for free, but dinner and drinks will be just as, if not more expensive than the ticket to the observatory.

Enjoy Seasonal Chicago Festivals
During the spring, summer, and fall, Chicago comes alive with street and food festivals. Every neighborhood celebrates with a different festival every week, and there are thousands to choose from during the warmer months. Some of the more famous festivals, like Taste of Chicago, are expensive to attend, but smaller festivals in the neighborhoods of Chicago are more affordable, asking only for a small donation at the entrance. Food and drinks are extra, but will give you a true taste of the Windy City.

If you need a little extra cash for your Chicago vacation, AmeriCash Loans is here. Apply online or at one of our many Chicago locations with our fast, easy, and secure loan application. Apply today, and you may have your cash in hand as soon as tomorrow.
Go Back